Concise and very ideologically charged. It's refreshing to read a well-informed leftist critique of U.S. foreign policy, instead of the standard, uninformed cop-out critique of international conflict ... Leer comentario completo

Whatever the world may think, U.S. actions are legitimate because we say so. The principle was enunciated by the eminent statesman Dean Acheson in 1962, when he instructed the American Society of ... Leer comentario completo

Noam Chomsky is known throughout the world for his groundbreaking work in linguistics and for his relentless advocacy for democracy, freedom and self-determination. He is author of dozens of books, many of which have become international best sellers. He is Institute Professor in the Department of Linguistics and Philosophy at the Massachusetts Institute of Technology, Boston. A member of the American Academy of Science, he has published widely in both linguistics and current affairs, and writes a monthly column for The New York Times Syndicate which is the basis for a series of books published in the Open Media Series by City Lights books: Interventions, Making the Future, and Because We Say So. 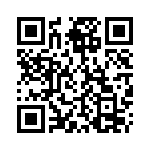