This is such a dense and encompassing work that all I have been able to do is sample it. Nonetheless, every page holds something interesting. Quite refreshing. I must try to finish it, but the library wants it back. Leer comentario completo

The most informative book I've read in the last few years. It's a very wide-ranging look at the way debt historically interplays with society(and government), and spend large portions of time ... Leer comentario completo

David Graeber teaches anthropology at the London School of Economics. He has written for Harper’s, The Nation, Mute, and The New Left Review. In 2006, he delivered the Malinowski Memorial Lecture at the London School of Economics, an annual talk that honors “outstanding anthropologists who have fundamentally shaped the study of culture.” One of the original organizers of Occupy Wall Street, Graeber has been called an “anti-leader of the movement” by Bloomberg Businessweek. The Atlantic wrote that he “has come to represent the Occupy Wall Street message...expressing the group’s theory, and its founding principles, in a way that truly elucidated some of the things people have questioned about it.”


From the Trade Paperback edition. 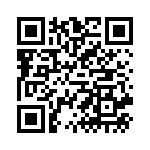