Pico Iyer was born in Oxford, England to Indian parents, who immigrated to California in 1957. He received a B.A. and M.A. from Oxford University and a second masters degree from Harvard University. From 1982 to 1985, he was a writer for Time magazine. Following a leave of absence to visit Asia, Iyer wrote Video Nights in Katmandu: And Other Reports from the Not-So-Far East. In 1986 he returned to Time as a contributor. He also contributes regularly to Conde Nast Traveler magazine. Pico Iyer has written several other travel books including The Lady and the Monk: Four Seasons in Kyoto; Falling Off the Map: Some Lonely Places in the World; and Tropical Classical: Essays from Several Directions. 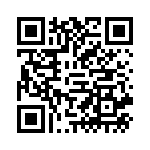