Arthur Robinson is arguably the century's most well-known and respected researcher in cartography. Currently the L. Martin Professor Emeritus of Cartography at the University of Wisconsin, his research activities have helped bring a theoretical orientation to what too many believed was simply a practical tool for geographers. Whether through his classic introductory text in cartography, his handbook on mapping terms, or his book on the "nature of maps," Robinson has helped redefine cartographic communication. By the late 1980s, his world map projection---the "Robinson projection"---had been widely adopted throughout the world as the best example of a map of the world that minimized continental distortions, particularly in the polar regions. 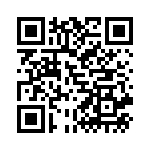