I'll be up-front about it. I am a fan of Robert Ingpen's illustration work. And I bought this book for a bargain price at a second hand book sale...otherwise it might have been too expensive to tempt ... Leer comentario completo

“The Encyclopaedia of things that never were” dishes up a wide selection of gods, monsters, heroes and places, tackling many of the things we have believed in over the years. I was pleased to see the ... Leer comentario completo

Robert R. Ingpen was born in Geelong, Australia on October 13, 1936. He began studying illustration and book design at The Royal Melbourne Institute of Technology. He has written and/or illustrated more than 100 books including versions of The Wind in the Willows, The Jungle Book, A Christmas Carol, and Treasure Island. In 1986, he was awarded the Hans Christian Andersen medal for his contribution to children's literature. 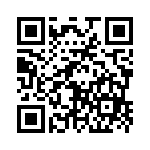