Michael E. O'Hanlon is the director of research and a senior fellow in the Foreign Policy program at the Brookings Institution, where he holds the Sydney Stein Jr. Chair. His books include The Science of War (Princeton University Press, 2009) and numerous Brookings books. Peter R. Orszag is director of the U.S. Office of Management and Budget under President Obama. His previous positions include director of the Congressional Budget Office and Joseph A. Pechman Senior Fellow in Economic Studies at the Brookings Institution. He is also a research professor at Georgetown University and a codirector of the Tax Policy Center. He served as special assistant to the president for economic policy during the Clinton administration. Ivo H. Daalder is U.S. Ambassador to NATO. Previously, he was a senior fellow in Foreign Policy Studies and the Sydney Stein Jr. Chair in International Security at the Brookings Institution. He is the coauthor, with James M. Lindsay, of America Unbound: The Bush Revolution in Foreign Policy (Brookings, 2003) and the coauthor of Winning Ugly: NATO's War to Save Kosovo (Brookings, 2001), written with Michael E. O'Hanlon. I. M. (Mac) Destler is professor and director of the Program on International Security and Economic Policy at the School of Public Affairs, University of Maryland. David L. Gunter is a research assistant in the Economic Studies program at Brookings. James M. Lindsay is vice president and director of studies of the Council on Foreign Relations, where he holds the Maurice R. Greenberg Chair. He was previously deputy director and senior fellow in Foreign Policy Studies at the Brookings Institution. His books include Agenda for the Nation (Brookings 2003) and Defending America: The Case for Limited National Missile Defense (Brookings 2001). In 1996-97, Lindsay was director for global issues and multilateral affairs on the National Security Council staff. Robert E. Litan is a senior fellow in Economic Studies at Brookings and vice president for research and policy at the Kauffman Foundation. James B. Steinberg is U.S. deputy secretary of state. Previously, he was dean of the LBJ School of Government at the University of Texas–Austin. A former director of Foreign Policy Studies at the Brookings Institution, he was deputy national security adviser to President Clinton from 1996 to 2000. He previously served as director of the State Department's Policy Planning Staff and as deputy assistant secretary of state, with responsibility for the Bureau of Intelligence and Research. His books include Protecting the Homeland 2006/2007, written with Michael d'Arcy, Michael O'Hanlon, Peter Orszag, and Jeremy Shapiro (Brookings, 2006). 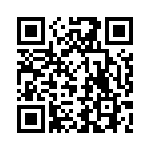