Flannery O'Connor was born in Savannah, Georgia. She had a quiet, bookish life as a child before attending Georgia State College for Women and going on tot he Writers Workshop at the State University of Iowa, where she earned a Master of Fine Arts degree. Her 1949 dissertation consisted of six short stories, one of which she developed into her first novel, Wise Blood (1952). Wise Blood is the story of a fanatical, wandering preacher who sets out to found a "church of truth without Jesus Christ crucified." The book introduces some of the religious themes that run throughout O'Connor's later work. Her second novel, The Violent Bear It Away (1960), is the story of murder involving a Tennessee backwoods preacher and a small boy. Once again, O'Connor explores unusual manifestation of religion and human eccentricities. Although O'Connor produced only a small body of work during her relatively brief lifetime, she has received much critical attention. O'Connor suffered from lupus, an inherited disease, which crippled her and cut short her life, and so her creative work was largely compressed within a decade of the 1950's. Her father also dies of Lupus when she was 15 years old. O'Connor is frequently praised as being the most creative and distinctive writer of this period. The two most notable aspects of her fiction are its religious themes and its commentary on the oppressive traditions of the mid-twentieth-century Deep South. 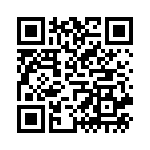