Mahmoud Mustafa Ayoub is professor of Islamic Studies in the Department of Religion, Temple University, Philadelphia, USA. Born in ‘Ayn Qana, South Lebanon, he was educated at the American University of Beirut and the University of Pennsylvania, and received his PhD in Comparative Religion from Harvard University in 1975. He has taught and lectured widely on Islam in North America, Europe and Asia. Dr Ayoub is the author of a number of books and articles dealing with Islamic subjects and Muslim-Christian relations. 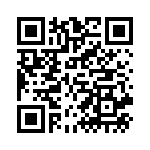