Tico Escobar is founder and director of the Museo del Barro in Asunción, Paraguay.  He is author of more than ten books on Paraguayan indigenous peoples. 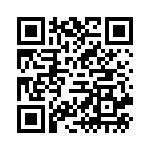