A book of great value, although it has become less and less useful to the knowledgeable technician over the past several years. Continuous additions of content in each edition add value and continue to make this a good investment for anyone interested in working on computer hardware. Leer comentario completo

Scott Mueller is president of Mueller Technical Research (MTR), an international research and corporate training firm. Since 1982, MTR has produced the industry''s most in-depth, accurate, and effective seminars, books, articles, videos, and FAQs covering PC hardware and data recovery. MTR maintains a client list that includes Fortune 500 companies, the U.S. and foreign governments, major software and hardware corporations, as well as PC enthusiasts and entrepreneurs. His seminars have been presented to several thousands of PC support professionals throughout the world. Scott personally teaches seminars nationwide covering all aspects of PC hardware (including troubleshooting, maintenance, repair, and upgrade), A+ Certification, and data recovery/forensics. He has a knack for making technical topics not only understandable, but entertaining as well; his classes are never boring! If you have 10 or more people to train, Scott can design and present a custom seminar for your organization.

Although he has taught classes virtually nonstop since 1982, Scott is best known as the author of the longest running, most popular, and most comprehensive PC hardware book in the world, Upgrading and Repairing PCs, which has not only been produced in more than 18 editions, but has also become the core of an entire series of books.

Contact MTR directly if you have a unique book, article, or video project in mind, or if you want Scott to conduct a custom PC troubleshooting, repair, maintenance, upgrade, or data-recovery seminar tailored for your organization:

Scott has a private forum exclusively for those who have purchased one of his recent books or DVDs. Visit http://forum.scottmueller.com to view the forum. Note that posting is only available to registered members.

Scott''s premiere work, Upgrading and Repairing PCs, has sold well over 2 million copies, making it by far the most popular and longest-running PC hardware book on the market today. Scott has been featured in Forbes magazine and has written several articles for PC World magazine, Maximum PC magazine, the Scott Mueller Forum, various computer and automotive newsletters, and the Upgrading and Repairing PCs website.

If you have suggestions for the next version of this book, any comments about the book in general, or new book or article topics you would like to see covered, send them to Scott via email at scottmueller@compuserve.com. When he is not working on PC-related books or on the road teaching seminars, Scott can usually be found in the garage working on anything with wheels and an engine. 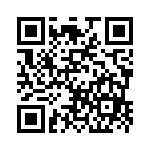