Keith Dewhust wrote eight of the plays produced by the Cottesloe Company, including Lark Rise to Candleford.
Jack Shepherd, a leading actor of his generation, was one
of the founding actors of the Cottesloe Company as well as being a
playwright. In 2005 his play Man Falling Down: A Mask Play was staged at the Globe Theatre, London. 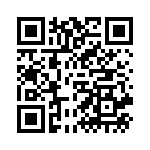