Página 119
But having a successful career is not nearly enough to make one happy or
fulfilled . ... Learning about the Harlem Renaissance allowed me to enjoy my
success because I could understand it better and use it to do more . There ' s an
old ...
Página 130
Conventional White Wisdom said blacks weren ' t athletic , so blacks went about
competing successfully in sports . ... The Harlem Renaissance produced so many
successful and popular African - Americans that the Conventional White ...
Página 187
It ' s easy to see why Harlemites would resent West Indians : If they both came
from the same background of slavery , yet one group is more successful , doesn '
t that imply that the less successful group has less success , not because of
racism ... 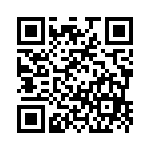