Página 24
It still stands — huge , silent , and solitary - in the desert near the new road from Cairo to the Fayyűm , as impressive in its isolation as the Great Pyramid on the crowded hill west of Giza . Although the names of the kings who ...
Página 60
... barbarians – Kassites , Hittites , Cimmerians , Scythians , Medes , Persians , Dorians , Thracians , Celts , Germans , and Sarmatians - washed over the more cultured lands to the east , south , and west of their northern homes .
Página 264
populous half of the Empire - proved a tougher nut for barbarian hordes to crack than its western sister . ... Iran , India , and China as if nothing had happened , the fall of the West Roman Empire was no small event . 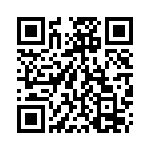