Simon Doubleday is Associate Professor of History at Hofstra University, and Executive Editor of the Journal of Medieval Iberian Studies. He is author of The Lara Family: Crown and Nobility in Medieval Spain (Harvard, 2001), and co-editor, with David Coleman, of In the Light of Medieval Spain. Islam, the West, and the Relevance of History (Palgrave, 2008). He is currently completing a post-empirical study of the thirteenth-century border-crossing Castilian courtesan Marķa Pérez, 'La Balteira.' 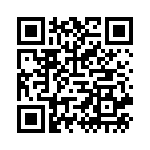