Javier Auyero is Assistant Professor of Sociology at the State University of New York at Stony Brook. He is the author of Poor People's Politics: Peronist Survival Networks and the Legacy of Evita (Duke University Press), winner of the 2001 Best Book award from the New England Council of Latin American Studies (neclas) and a finalist for the C. Wright Mills Award. 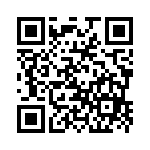