Cindy Combs" is a professor of Political Science at the University of North Carolina at Charlotte. She teaches classes in Political Violence, International Law, Defense and National Security, and International Environmental Law. She received her undergraduate and master's degrees in Political Science from Appalachian State University and her doctorate from George Washington University, where she was awarded a teaching fellowship.

Martin Slann, Ph.D., Macon State College
Martin Slann has an undergraduate degree in history from the University of Miami and a masterAs degree and doctorate in political science from the University of Connecticut and the University of Georgia, respectively. He is a longtime member of the American Political Science Association and the Midwest Political Science Association. He is a former member and chair of the political science faculty at Clemson University and a former Director of Academic Affairs at Penn State Wilkes-Barre. He is currently the chair of the Division of Social Sciences at Macon State College. Slann is the author or co-author of several publications on terrorism and ethnic conflict. His most recent work, Encyclopedia of Terrorism published by Facts on File, is co-edited with Cindy Combs of the University of North Carolina-Charlotte and will appear in its second edition in 2007. He has received awards for advisement excellence at both Clemson and Penn State, where he was the faculty advisor of the Model United Nations (MUN) student program. He has also established an MUN program at Macon State. Hobbies include trying to play tennis, reading political history, and amusing his grandchildren. 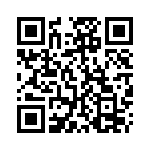