Informative but not an easy read, Szwed nevertheless gives us lots of information to follow up on and it is a good primer for anyone new to jazz. Leer comentario completo

John Szwed’s introductory book is described (both explicitly and implicitly by the title) as an entrÚe to the world of jazz for the beginner. While the book is written at exactly the right level of ... Leer comentario completo

John F. Szwed is currently a professor of anthropology, African and African-American studies, music, and American studies at Yale University. He has written seven books on music and African-American culture and numerous articles and reviews on related subjects. His honors include a Guggenheim Fellowship and a Rockefeller Foundation Humanities Fellowship. He lives in Connecticut. 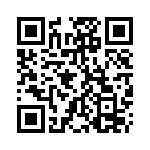