Página 263 - Who can behold, without indignation, how many mists and uncertainties, these specious Tropes and Figures have brought on our Knowledg?
Aparece en 115 libros desde 1810-2008

Barbara J. Shapiro is Professor of Rhetoric Emerita at the University of California, Berkeley. Her books include Beyond Reasonable Doubt and Probable Cause: Historical Perspectives on the Anglo-American Law of Evidence and Probability and Certainty in Seventeenth-Century England. 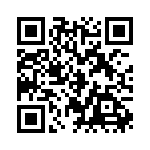