Página 17
Man has leapt into space , man has circled the earth , he can no longer look at the stars without this knowledge . Man has split the atom ; he can no longer look at objects , at what moves and at what is still , without this knowledge .
Página 39
B. Demand of the contemporary moment Man's magnificent achievements in the outer , the physical , has not led to an extension of space within . The tremendous technological and scientific explosions and the atomic acceleration of the ...
Página 49
The science and technology issues of the SEMINAR Which include Into Space , Science , The Scientist and his Research , The Scientific Attitude , Energy and Science in Afro - Asia , have remarkably well , directly or indirectly , brought ... 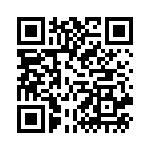