Jerome Murphy-O'Connor is one of the world's foremost authorities on the writings of Saint Paul of Tarsus. He has been a professor of New Testament at the cole Biblique of Jerusalem since 1967. He is the author of numerous works, including St. Paul's Ephesus, St. Paul's Corinth, and Paul the Letter-Writer, all published by Liturgical Press. 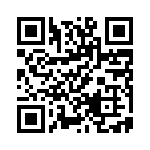