Página
Twa, Hutu and Tutsi, and the problems existing between the last two—a
recognition that would have warranted provisions about minority rights. I argue as
well that when the Rwandan Patriotic Front attacked in 1990, the war seriously ...
Página
Nevertheless, a few Hutu, including Grgoire Kayibanda, had succeeded in
attending the Grand Seminary of Nyakibanda; out of this seminary came the few
Hutu intellectuals who, in March 1957, published adocument that came to be
known as ...
Página
In 1996, the new Rwandangovernment banned ethnic labelling in identification
cards, a move clearly designed to remove the terms Hutu, Tutsiand Twa from
official discourse. The irony, of course, is that the government continues
totalkabout ... 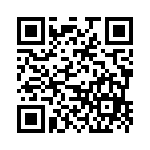