Página 5
In any event , Solutreans apparently preferred to settle in five regions : Catalonia ,
the Southeast ( Alicante , Murcia ) , the area along the Cantabrian sea , New
Castile , and the mouth of the Tajo river . At least , such are the findings to date -
the ...
Página 10
In all these regions , megaliths triumphed in various styles : passage graves with
cupolas dolmens , galleries , and cists . Under the influence of megalithic culture ,
southern Spain achieved her first golden age . A series of powerful chieftains ...
Página 57
Although land was redistributed here also , the nobles benefited only in a few
mountainous regions near Aragon - specifically , in the area where the flocks
from the Pyrenees moved back and forth and where the wool caravans traveled
on ... 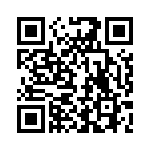