Página K-288
Many of the sessions listed do not show all musicians involved in the respective
sessions. Instead, a note is placed in the session saying "same personnel as
previous session". In this manner, musicians are "carried over" from one session
to ...
Página K-289
Listings will be alphabetical, by musician name, followed by alpha-numeric
session numbers. Sessions where the musician performed as leader will be
shown in bold type. Sessions as a sideman will be shown in regular type. A
musicians ...
Página K-327
Blue Note CDP7-46625-2 ( CD ) titled The best of Earl Klugh " ; see various thug
sessions to October & November ... Mason ( d.perc ) Laudir De Oliveira ( perc )
with came strings as prev session dubbed in oa ( 1 ) and tlwg dubbed in on ( 2 ) ...

This is a truly monumental work: when complete, the projected 24-volume set will cover more than 100,000 international re cording sessions by 500,000 musicians, ranging from 1898 through 1992 and ... Leer comentario completo 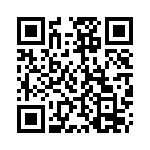