Página 8 - ... States, and their sets are tuned for an estimated average of 6 hours a day — which means approximately 360 million man-hours per day. Obviously and inevitably, an instrument so powerful must have profound effects upon our political system. As Marshall McLuhan has put it : A new form of "politics" is emerging, and in ways we haven't yet noticed. The living room has become a voting booth. Participation via television in "freedom marches," in war, revolution, pollution, and other events is changing...
Aparece en 10 libros desde 1967-2004
Página 193 - There Must Be Some Way Outta Here!": The Vietnam War in American Popular Music.
Aparece en 5 libros desde 2001-2006
Más
Página 5 - ... dominant mode of mass cultural production with fatal results. It is common for rock people to present the history of their music as a continual battle between Rock and Commerce. In the sixties, Rock won; in the seventies Commerce came storming back and the fight goes on. Listen to Landau, for example: Rock, the music of the Sixties, was a music of spontaneity. It was a folk music — it was listened to and made by the same group of people. It did not come out of a New York office building where...
Aparece en 5 libros desde 1977-2004
Menos 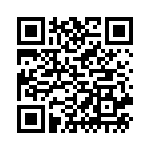