Patricia Crone was born on March 28, 1945 in Kyndelose, Denmark. She received undergraduate and doctoral degrees from the School of Oriental and African Studies at the University of London. She taught at Oxford University and Cambridge University before joining the Institute for Advanced Study, an independent research center, where she was a professor from 1997 until retiring in 2014. She explored archaeological records and contemporary Greek and Aramaic sources to challenge views on the roots and evolution of Islam. She wrote numerous books during her lifetime including Hagarism: The Making of the Islamic World written with Michael Cook, God's Rule: Government and Islam: Six Centuries of Medieval Islamic Political Thought, and The Nativist Prophets of Early Islamic Iran. She died from cancer on July 11, 2015 at the age of 70. 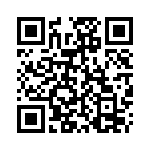