George MacDonald, December 10, 1824 - September 18. 1905 George MacDonald was born on December 10, 1824 in Huntley, Aberdeenshire, Scotland. He attended University in Aberdeen in 1840 and then went on to Highbury College in 1848 where he studied to be a Congregational Minister, receiving his M. A. His first appointment was in Arundel, but he was forced to resign form the position in 1853. He became a lecturer in English Literature at Kings College in London before finally focusing all of his attention on writing and living off the charity of friends and pupils. In 1955, MacDonald wrote his first important original work, a long religious poem entitled "Within and Without." Three years later in 1858, he wrote "Phantastes," his first contribution to the fantasy genre. It was influenced by both the English and Germanic Romantic writers and religious poets of the Renaissance. MacDonald is perhaps best known for his fantasy children's books, although he wrote fantasy books for adults as well. His most well known children's book is "At the Back of the North Wind," which was surprisingly a favorite of Mark Twain's children. In 1863, MacDonald published "David Eiginbrod, the first of a dozen novels that were set in Scotland and based on the lives of rural Scots. It was these series of novels that gained MacDonald worldwide fame and brought money to the foundering MacDonald family. MacDonald was a friend and confident of Lewis Carroll and John Ruskin. He exchanged letters with Mark Twain, and met Walt Whitman and many other American writers on his trips to America. MacDonald also inspired his later compatriots, such as C. S. Lewis, with his blend of fantasy and Christianity. George MacDonald died in Ashtead, Surrey, England, on September 18. 1905. His body is buried in Bordighea, Italy, a place he spent most of his later years in. 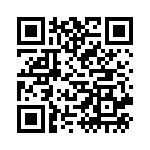