William Blake's poems, prophecies, and engravings represent his strong vision and voice for rebellion against orthodoxy and all forms of repression. Born in London in November 1757; his father, a hosier of limited means, could do little for the boy's education. However, when the young Blake's talent for design became apparent, his wise father sent him to drawing school at the age of 10. In 1771 Blake was apprenticed to an engraver. Blake went on to develop his own technique, a method he claimed that came to him in a vision of his deceased younger brother. In this, as in so many other areas of his life, Blake was an iconoclast; his blend of printing and engraving gave his works a unique and striking illumination. Blake joined with other young men in support of the Revolutions in France and America. He also lived his own revolt against established rules of conduct, even in his own home. One of his first acts after marrying his lifetime companion, Catherine Boucher, was to teach her to read and write, rare for a woman at that time. Blake's writings were increasingly styled after the Hebrew prophets. His engravings and poetry give form and substance to the conflicts and passions of the elemental human heart, made real as actual characters in his later work. Although he was ignored by the British literary community through most of his life, interest and study of his work has never waned. Blake's creativity and original thinking mark him as one of the earliest Romantic poets, best known for his Songs of Innocence (1789) and Songs of Experience (1794) and The Tiger. Blake died in London in 1827. 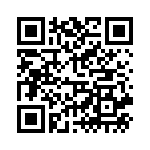