Gary Steiner is John Howard Harris Professor of Philosophy at Bucknell University. He is the author of "Descartes as a Moral Thinker: Christianity, Technology, Nihilism" and translator of Prauss's "Knowing and Doing in Heidegger's "Being and Time" and Lowith's Martin Heidegger and European Nihilism, 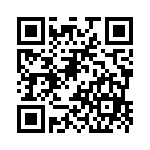