Página 19
36 time , there has been stagnation , or gists now voice two main anxieties . even cutback , in government sup- One , on which they are mostly agreed , port for social science is the decline in ' standards ' : in fact , this was a ...
Página 39
A Anthro I. is the inarketability of social de and horism cudemanfaropology , alba India . Almost all the students from he studied ; rather he switches to anthropology and sociology have Bihar , Orissa , Nagaland , and Manipur writing ...
Página 63
Latin American social thought : the history of its development since independence . Washington D.C .: University Press of Washington , 1963 . Desai , I.P. The craft of sociology and other essays . Delhi : Ajanta Publications , 1981 . 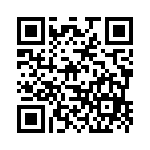