Página 56
Political theory and the modern state : essays on state , power and democracy . Cambridge , Policy Press , 1989 . - . ( ed . ) States and societies . Oxford , Martin Robertson , 1983 . Hillyard , Paddy . The coercive state .
Página 36
Compassion , persuasion and like these , the requirements of con- genuine democracy needed to be its Marx's omissions , errors and centrated energy - based , exhaustible- instruments . ambiguities were compounded by resource - intensive ...
Página 38
danger to India and its democracy popular following and ipso facto , a However , it was inevitable that ... It is doubtstems , ironically , from the very workings of its democratic arrangeofier 1947 , Nehru's faith and even ful if much ... 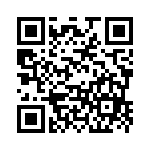