George MacDonald was born on December 10, 1824 in Huntley, Aberdeenshire, Scotland. He attended University in Aberdeen in 1840 and then went on to Highbury College in 1848 where he studied to be a Congregational Minister, receiving his M. A. After being a minister for several years, he became a lecturer in English literature at Kings College in London before becoming a full-time writer. He wrote fiction, non-fiction, and poetry. In 1955, he wrote his first important original work, a long religious poem entitled Within and Without. He is best known for his fantasy novels Phantastes, The Princess and the Goblin, At the Back of the North Wind, and Lilith and fairy tales including The Light Princess, The Golden Key, and The Wise Woman. In 1863, he published David Eiginbrod, the first of a dozen novels that were set in Scotland and based on the lives of rural Scots. He died on September 18. 1905. 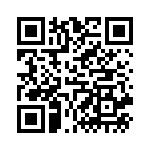