Página 2 - His fall was destined to a barren strand, A petty fortress, and a dubious hand ; He left the name, at which the world grew pale, To point a moral, or adorn a tale.
Aparece en 1016 libros desde 1748-2008
Página 2 - Tis phrase absurd to call a villain great: Who wickedly is wise, or madly brave, Is but the more a fool, the more a knave. Who noble ends by noble means obtains, Or failing, smiles in exile or in chains, Like good Aurelius let him reign, or bleerf Like Socrates, that man is great indeed What's fame? a fancy'd life in others' breath, A thing beyond us, ev'n before our death.
Aparece en 268 libros desde 1736-2006
Más
Página 2 - Alas ! not all the blood of all the Howards. Look next on greatness : say where greatness lies, Where, but among the heroes and the wise...
Aparece en 231 libros desde 1736-2007
Página 2 - Every man thinks meanly of himself for not having been a soldier, or not having been at sea." BOSWELL. " Lord Mansfield does not." JOHNSON. " Sir, if Lord Mansfield were in a company of General Officers and Admirals who have been in service, he would shrink ; he'd wish to creep under the table.
Aparece en 234 libros desde 1791-2008
Menos

ARMSTRONG STARKEY is Professor of History and former Dean and Provost at Adelphi University. His special research interest is the relationship between ideas, values, and war in the 18th century. He lives in Huntington, New York. 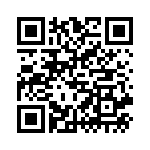