This book would seem an unlikely choice for a woman of a certain age who's never seen one nanosecond of combat, but.... I read Walter Lord's A Night to Remember about the sinking of the Titanic, and I ... Leer comentario completo

Walter Lord is the author of several best-selling works of history, including "A Night to Remember", the recreation of the sinking of the Titanic. He lives in New York City. 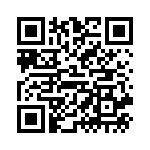