Walter Feinberg is the Charles Dunn Hardie Professor of Philosophy of Education at the University of Illinois at Urbana Champaign. 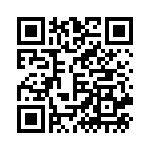