Given that the book began with women watching the 1995 Space Shuttle flight piloted by Lt. Col. Eileen Collins, I expected the book to cover the time span up to that point in as much detail as it did ... Leer comentario completo

AMELIA EARHART'S DAUGHTERS: The Wild and Glorious Story of American Women Aviators from World War II to the Dawn of the Space Age

An attempt at history penned by an advertising copywriter and an English teacher, who offer a paean to women pilots during and after WWII. Haynesworth (the copywriter) and Toomey (English/Virginia ... Leer comentario completo

David Toomey is a visiting assistant professor of English at the University of Massachusetts at Amherst, teaching technical writing and creative nonfiction. 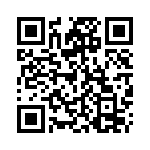