This is an excellent guidebook to Argentina. Many guides to Argentina concentrate on Buenos Aires, but the entire country is well-covered here. There are good sections on history, food, and the flora ... Leer comentario completo

ELISEO MICIU was born in Montevideo, Uruguay, but grew up in Córdoba and Patagonia, Argentina. His grandfather was an artist, as was his father, a well-known painter (Georg Miciu Nicolaevici). Miciu began his career as a photographer when he arrived in Patagonia at the age of 15; at 18, he started traveling and working for national magazines and agencies. He has since traveled through Europe and the United States learning the art of photography in museums and galleries, and continues to work as a freelance photographer in Argentina. Following his first published book about north Argentina, he is working on two others. 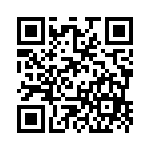