Alistair Horne, described by C.P. Snow as "one of the best writers of history in the English-speaking world," is the recipient of the French Legion of Honor, a Wolfson Literary Award, the Hawthornden Prize, and the CBE. His A Savage War of Peace and A Bundle form Britain were both New York Times Notable Books of the Year. He has written for The New York Times, Esquire, and The Washington Post. Alistair Horne lives in England and is a trustee of the Imperial War Museum. 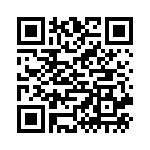