Pįgina 44
The architect Nekhebu ( -XXVI ) told on his tomb the story of his rise from humble beginnings : His Majesty found me a common builder ; and His Majesty conferred upon me the offices of Inspector of Builders , then Overseer of Builders ...
Pįgina 221
Hadrian was a writer , poet , wit , musician , artist , architect , critic , philanthropist , lawyer , diplomat , general , and supreme executive . Thinking that the Empire had overextended itself , Hadrian gave up Dacia and removed the ...
Pįgina 328
Really efficient trusses , in which every member counted , were developed by the Renaissance architect Palladio ( + XVI ) . ... In the High Middle Ages , professional architects once more evolved from these masons . 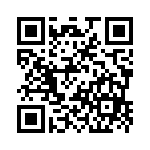