Pßgina 15
All these hasis to the spoken language by Brij Bhasha and his language dialects borrowed freely from Pereach region . ... khoony ' , ' sabit ' , ' nazuk ' , The sixteenth century saw the in both these languages .
Pßgina 17
Such a language had to as simple as possible so that it ld be easily learnt by even the ple of the South , whose own guages were completely disqilar . Words from Sanskrit , sian , Arabic , the regional laniges of North and South ...
Pßgina 44
Jacobson , R. and Halls , Morris : The Fundamentals of Language ( Mouton and Co. , Gravenhage , 1956 ) . ... Kennedy , Y .: Researches into the Origin and Affinity of Principal Languages of Asia and Europe ( Longmans , Rees , Orme ... 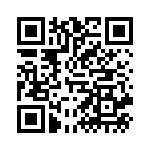