Fay Zwicky was born Julia Fay Rosefield in Melbourne, Australia on July 4, 1933. She received a bachelor's degree from the University of Melbourne. She trained as a classical pianist and performed with her sisters as the Rosefield Trio for a decade before turning her focus to writing. She was a poet, essayist, and short story writer. Her collections of poetry include Isaac Babel's Fiddle and Collected Poems. She won the Patrick White Award in 2005, the New South Wales Premier's Award for poetry in 1982 for Kaddish and Other Poems, and the New South Wales Premier's Award for poetry in 2007 for Picnic. Her other books include The Lyre in the Pawnshop: Essays on Literature and Survival 1974-1984 and the short story collection Hostages. She taught at the University of Western Australian from 1972 until her retirement in 1987. She died after a long illness on July 2, 2017 at the age of 83. 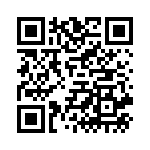