1 star because of involving the character blaspheme against Islam and convert to Christian.

Great book. I gave one to the muslim at the gas station. I hope his eyes are opened to the truth of JESUS.

Página 14 - He shall cover thee with his feathers, And under his wings shalt thou trust : His truth shall be thy shield and buckler.
Aparece en 1046 libros desde 1806-2008 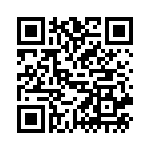