This book considers how the industrial revolution has almost gone full circle. From the early days of artisan and craft production, to the massive factories that can turn out numerous copies of the ... Leer comentario completo

I had looked at this before. I'm not nearly as excited about this as this guy is. This isn't ' moleculr fabrication ' keep in mind. It's machine tool computer control , basically shop class the internet. Very vague overall ( the whole thing still is really ) Leer comentario completo

Neil Gershenfeld is the Director of MITŐs Center for Bits and Atoms, and the former director of its famed Media Lab. The author of numerous technical publications, patents, and books, including When Things Start to Think, he has been featured in media such as the New York Times, The Economist, CNN, and PBS. He lives in Somerville, Massachusetts. 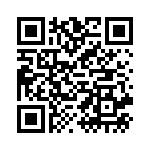