Jorge I. Domínguez is the Antonio Madero Professor of Mexican and Latin American Politics and Economics and Vice Provost for International Affairs at Harvard University. He is a past president of the Latin American Studies Association.

Rafael Fernández de Castro has been Chair, Founder, and full-time Professor of the Department of International Studies, Instituto Tecnológico Autónomo de México (ITAM), Mexico City, since 1991. He is currently on leave to work as President Felipe Calderón´s Foreign Policy Advisor. 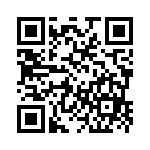