Página 25
Albertus Magnus , Dominican teacher at Paris and Cologne , and afterwards Archbishop of Ratisbon ( 1260-80 ) , was the foremost scholar of his time , and known as the universal doctor . " Owing to his vast knowledge of science , he was ...
Página 107
... pierceth into the highest life such a one , who by universal love and holy affection abstracteth himself from himself , endeavours the nearest union with the Divine Essence that may be , as Plotinus speaks , knitting his own centre ...
Página 117
Of Christ he speaks thus : " He is the universal Remedy of all evil broken forth in nature and creature . He is the Destruction of misery , sin , darkness , death , and hell . He is the Resurrection and Life of all fallen nature . 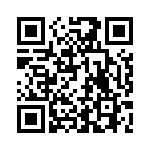