Eric Van Lustbader is the author of The Testament is a book about conflicting religious societies who are locked in battle over a religious manuscript that would shake Christianity to its core. The ... Leer comentario completo

Always on the lookout for books in the "theological thriller" genre, I picked this one up ready for the "roller-coaster of a read" promised by one reviewer somewhere. Well, that it was, because the ... Leer comentario completo

Eric Van Lustbader (he dropped his middle name, Van for several years due to a confusion about his last name) was born and raised in Greenwich Village. He is the author of more than twenty-five best-selling novels, including The Ninja, a N.Y. Times bestseller for an astounding 24 weeks, in which he introduced Nicholas Linnear, one of modern fiction's most beloved and enduring heroes. His New York Times bestselling novel, The Testament, was published in September, 2006 and in paperback in August, 2007. It received rave reviews from such notable thriller writers as Nelson DeMille, Steve Berry and Joseph Finder, among others.

His novels have been translated into over twenty languages; his books are best-sellers worldwide and are so popular whole sections of bookstores from Bangkok to Dublin are devoted to them. The Ninja was sold to 20th Century-Fox and the producers Richard Zanuck and David Brown. It is now in pre-prduction.

In 2004, Mr. Lustbader was chosen by the estate of the late Robert Ludlum to continue the Jason Bourne novels. The Bourne Legacy (2005) and The Bourne Betrayal (2007), both instant New York Times bestsellers, garnered rave reviews.

He is also the author of two successful and highly regarded series of fantasy novels, The Sunset Warrior Cycle and The Pearl Saga.

Besides "The Other Side of the Mirror" in the bestselling THRILLER anthology, he has written a number of short stories, screenplays and novellas. Three of the short stories appeared in 1999: "Hush," in Off The Beaten Path: Stories of Place for Farrar, Strauss and Giroux, "Slow Burn," in Murder And Obsession for Delacourt Press, and "An Exultation of Termagants" in the millennial supernatural mega-collection 999 for Avon Books. A short novel, Art Kills, was published by Carroll & Graf in December, 2001.

Mr. Lustbader is a graduate of Columbia College, with a degree in Sociology. Before turning to writing full time, he enjoyed highly successful careers in the New York City public school system, where he holds licenses in both elementary and early childhood education, and in the music business, where he worked for Elektra Records and CBS Records, among other companies. He was the first writer in the US to write about Elton John, and to predict his success. As a consequence, he and Elton and Bernie Taupin, Elton's lyricist, became friends. Writing in Cash Box Magazine, he also predicted the successes of such bands as Santana, Roxy Music, the Jimi Hendrix Experience, David Bowie, and The Who, among others.

In his spare time, Mr. Lustbader serves on the Board of Trustees, the Executive Committee, and is Chair of the Strategic Planning Committee of the City & Country School in Greenwich Village. He also tends his prized collection of Japanese maples and beech trees (which have been written up in The New York Times and Martha Stewart's Living). He is a Second-Level Reiki master. He and his wife, the author Victoria Lustbader, reside in New York City and Long Island. 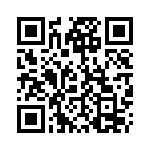