I suppose being Fall-opian is better than being Freudian. I'd seen this book cited in several other books I'd read, so I finally decided to get it and find out what all the fuss was about. A mistake ... Leer comentario completo

Robert Pattison is a professor of English at Long Island University, Brooklyn. His other books include Tennyson and Tradition and On Literacy. 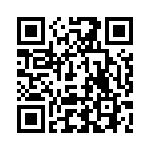