William Wordsworth, 1770 - 1850 Born April 7, 1770 in the "Lake Country" of northern England, the great English poet William Wordsworth, son of a prominent aristocrat, was orphaned at an early age. He attended boarding school in Hawkesmead and, after an undistinguished career at Cambridge, he spent a year in revolutionary France, before returning to England a penniless radical. Wordsworth later received honorary degrees from the University of Durham and Oxford University. He is best known for his work "The Prelude", which was published after his death. For five years, Wordsworth and his sister Dorothy lived very frugally in rural England, where they met Samuel Taylor Coleridge. "Lyrical Ballads", published anonymously in 1798, led off with Coleridge's "Ancient Mariner" and ended with Wordsworth's "Tintern Abbey". Between these two masterworks are at least a dozen other great poems. "Lyrical Ballads" is often said to mark the beginning of the English romantic revolution. A second, augmented edition in 1800 was prefaced by one of the great manifestos in world literature, an essay that called for natural language in poetry, subject matter dealing with ordinary men and women, a return to emotions and imagination, and a conception of poetry as pleasure and prophecy. Together with Robert Southey, these three were known as the "Lake Poets", the elite of English poetry. Before he was 30, Wordsworth had begun the supreme work of his life, The Prelude, an immensely long autobiographical work on "The Growth of the Poet's Mind," a theme unprecedented in poetry. Although first finished in 1805, The Prelude was never published in Wordsworth's lifetime. Between 1797 and 1807, he produced a steady stream of magnificent works, but little of his work over the last four decades of his life matters greatly. "The Excursion", a poem of epic length, was considered by Hazlitt and Keats to be among the wonders of the age. After "Lyrical Ballads", Wordsworth turned to his own life, his spiritual and poetical development, as his major theme. More than anyone else, he dealt with mysterious affinities between nature and humanity. Poems like the "Ode on the Intimations of Immortality" have a mystical power quite independent of any particular creed, and simple lyrics like "The Solitary Reaper" produced amazingly powerful effects with the simplest materials. Wordsworth also revived the sonnet and is one of the greatest masters of that form. Wordsworth is one of the giants of English poetry and criticism, his work ranging from the almost childishly simple to the philosophically profound. Wordsworth married Mary Hutchinson in 1802 and in 1813, obtained a sinecure as distributor of stamps for Westmoreland. At this stage of his life, Wordsworth's political beliefs had strayed from liberal to staunchly conservative. His last works were published around 1835, a few trickled in as the years went on, but the bulk of his writing had slowed. In 1842 he was awarded a government pension and in 1843 became the Poet Laureate of England, after the post was vacated by his friend Coleridge. Wordsworth wrote over 523 sonnets in the course of his lifetime. Wordsworth died at Rydal Mount on April 23, 1850. He is buried in Grasme Curchyard. He was 80 years old.

Born in Ottery St. Mary, England, in 1772, Samuel Taylor Coleridge studied revolutionary ideas at Cambridge before leaving to enlist in the Dragoons. After his plans to start a communist society in the United States with his friend Robert Southey, later named poet laureate of England, were botched, Coleridge instead turned his attention to teaching and journalism in Bristol. Coleridge married Southey's sister-in-law Sara Fricker, and they moved to Nether Stowey, where they became close friends with William and Dorothy Wordsworth. From this friendship a new poetry emerged, one that focused on Neoclassic artificiality. In later years, their relationship became strained, partly due to Coleridge's moral collapse brought on by opium use, but more importantly because of his rejection of Wordworth's animistic views of nature. In 1809, Coleridge began a weekly paper, The Friend, and settled in London, writing and lecturing. In 1816, he published Kubla Kahn. Coleridge reported that he composed this brief fragment, considered by many to be one of the best poems ever written lyrically and metrically, while under the influence of opium, and that he mentally lost the remainder of the poem when he roused himself to answer an ill-timed knock at his door. Coleridge's The Rime of the Ancient Mariner, Christabel, and his sonnet Ozymandias are all respected as inventive and widely influential Romantic pieces. Coleridge's prose works, especially Biographia Literaria, were also broadly read in his day. Coleridge died in 1834. 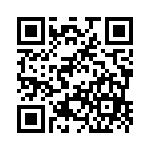