Pįgina 22
My wife said she couldn't go on any longer . She blamed herself for losing me ; yet everything that had happened had been my fault . The letter broke my heart . I tried not to cry ; it was too much for me .
Pįgina 23
“ There's bad news from your wife ? ' ' ' No. Don't pay any attention . I can't control myself , but not for any particular reason . ' ' Nothing's wrong ? ' ' My wife told me about a dream she had ... ' а ' What do you mean , a dream ?
Pįgina 37
a My mother - in - law , who had moved in with me to be obliging ( she looked after the place while my wife was away ) , woke up . She called out to me from her bed , shouting from one end of the apartment to the other through her shut ... 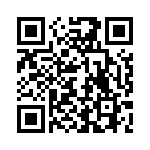