Página 56
... he had himself buried under the doorstep so that the faithful would trudge over
his corpse when entering or leaving their haunt. But now our wild laughter burst
out again tenfold. In our mirth, Simone had lightly pissed down her leg, and a tiny
...
Página 72
Since he could not see anything, his pupils very frequently pointed up into space,
shifting under the lids, and this happened particularly when he pissed.
Furthermore, he had huge, ever-gaping eyes that flanked an eagle nose, and
those huge ...
Página 122
Certainly the Eye, whose story it is, appears to predominate — the Eye we know
to have been the Father himself, blind, his whitish globes turned up in their
sockets as he pissed in front of the child. But in this case it is the very equivalence
of ... 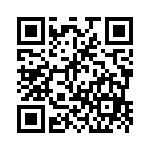