Página 87
Even enlightened Sinhalas, who admit the myths are ahistorical, argue that the
Sinhala consciousness has been formed by 2,500 years of belief in the Maha-
vamsa. l^ut that argument contains a major flaw. The Mahavamsa, the bible of the
...
Página 88
They claimed to be modern, democratic leaders accountable to the electoral
process. At the same time, they posed as latter day Sinhala monarchs. Sri- mavo
Bandaranaike, the daughter of a chieftain in Kandy, the country's religious capital
, ...
Página 92
Jayewardene is tall, aristocratic in looks and in background, with beautiful
English (and clumsy Sinhala). Premadasa is short and dark, eloquent in both
Sinhala and Tamil but comically clumsy with English, which he taught himself as
an adult. 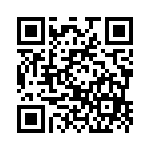